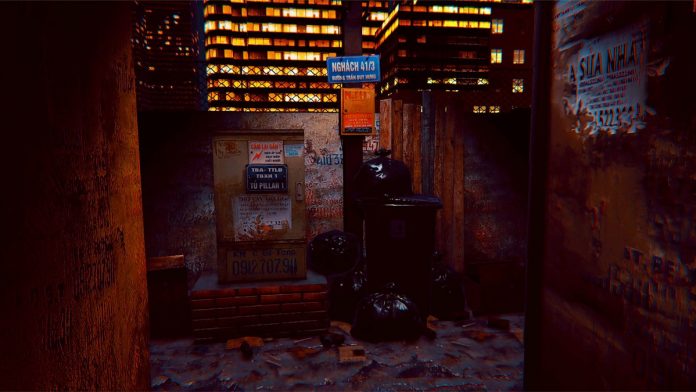 September 15 on Steam, the new horror game”Death | Worm God]has been freed. It was developed by DUT Studio, a small studio based in Vietnam. The work got off to a good start as an independent work and temporarily gained “very popular” status in reviews from Steam users. As of this writing, it has a “very popular” status. However, there seems to be a concern that favorable reception reflects the popularity of the creator rather than the quality of the work.

The Death | Thần Trùng is a first-person horror game. Set in Hanoi, Vietnam in 2021, ordinary young people are involved in terrifying events. In addition to being considered psychological horror as a genre, there are elements such as collecting objects and solving mysteries. It is characterized by a strong expression of Vietnamese culture, such as a map design that reflects the local climate and voice lines recorded in Vietnamese.

The game was released on September 15 on Steam and started off well. Immediately after the release, the number of concurrent players during peak hours registered around 2900 people. As for the rating, over 2000 user reviews have been received as of writing, 94% of which have a “very popular” status. However, it seems that some users who have touched this work have doubts about “if this review is legit”. Indeed, each of the developers that make up DUT Studio, the developer of this work, is a video distributor that enjoys considerable popularity.

First of all, DUT Studio is described as “a small independent studio by 3 Vietnamese”. It seems that there are three developers, Mr. Dung CT, Mr. Vũ Hay Ho and Mr. Đạt OC (GenK.vn). First of all, about Mr. Dat Oc,FacebookHe is a video game creator who is followed by more than 110,000 people. Next, regarding Mr. Vũ Hay Ho,YoutubeHe is a person who has 130,000 channel subscribers. And as for Mr. Dung CT, the sameYoutubeHe is a popular person who runs a channel with 310,000 subscribers.

Perhaps because of this background, Steam reviews for this work have a high rate of Vietnamese. The number is 966, almost half of the total number of reviews. Also, looking at the breakdown, at the time of the author’s measurement, 937 were favorable and 29 were unfavorable, or 97% of the positive reviews. In other words, it can be said that there is no doubt that the rating tailwind is blowing from Vietnamese users, where all three developers are popular.

In other languages, reviews have also been published questioning this situation. For example, Mr. Asahina, who is active as a volunteer translator and game reviewer, mentioned the popularity of the developer himself, as mentioned above in reviewing this work by Steam users. that fan ratings lead to a bias that increases the game’s review ratingindicatedo. Also, Japanese users worry that Japanese translation is seen as machine translation. Although the author actually played this work, the impression that the production of rough movement and the wickedness of the operation are noticeable. One could wonder if this was work worthy of a high evaluation.

On the other hand, the reason why this work still retains a favorable rating of 94% is that this work was made to some extent like a game. Moreover, you can feel the commitment to express the atmosphere of the Vietnam in the streets and 3D models. While it is true that the game was created by a popular distributor and fans support the popularity of the game, the game itself is finished to a certain level of quality. For this reason, some user reviews say, “This work is overrated”, but recognize the quality of the work itself and give it a favorable reception.

『Death | Worm of God』はPC（Steam) is being delivered. The price is 620 yen. It is quite possible that behind the good start of this work was the boost of popularity of the developer himself. However, whether the “very popular” status of this work is excessive or not, each player will have to touch and confirm.