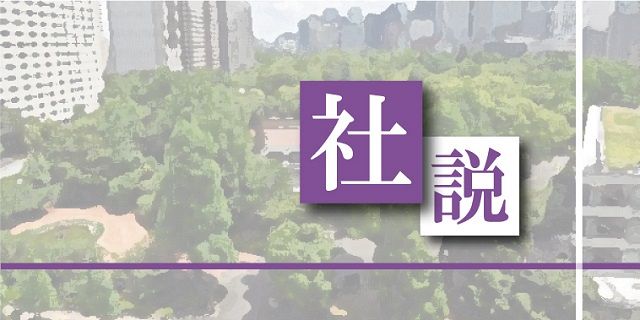 I would like to commend the United Nations for fending off pressure from China and issuing a report acknowledging human rights abuses in the Xinjiang Uyghur Autonomous Region. China should face harsh criticism with sincerity and demonstrate its improvement efforts through actions.

The United Nations High Commissioner for Human Rights released a report on August 31 stating that the arbitrary and discriminatory detention of Uyghurs “could constitute crimes against humanity.”

He acknowledged that the testimonies that ill-treatment, including sexual assault, and torture were perpetrated in re-education centers, which Western countries had described as “concentration camps”, were “highly credible”, and the China has denied the existence of internment camps. He also mentioned the possibility.

Of great significance is the UN’s denial of China’s assertion that there are no human rights violations.

China has announced at home and abroad that “Xinjiang has stabilized thanks to counterterrorism measures.” However, the report highlights the danger of China labeling even legitimate religious protests and activities as “terrorist activities” under vague definitions. The Chinese method of oppressing Uyghurs for counter-terrorism reasons and having them criticized by the international community as “interfering in internal affairs” no longer works.

However, the Chinese government criticized the report as “a fabricated report based on the political ploys of some overseas anti-China forces” and dismissed it as “illegal and invalid”.

China has agreed to have former UN High Commissioner for Human Rights Bachelet visit Xinjiang in May, reportedly to seek UN approval for the legitimacy of China’s minority policy . But immediately after the visit, Bachelet expressed his dissatisfaction with China’s interference. China heavily pressured the United Nations not to make the report public, knowing it would be against its will.

China has always advocated the importance of a “UN-centered international order”. However, it is an opportunistic double standard to dismiss the UN investigation and judgment as “illegal and invalid”. Only when Japan behaves in a way that respects the rules of the international community and the decisions of the United Nations can it truly become a great power.